Past and current trends in FashionTech 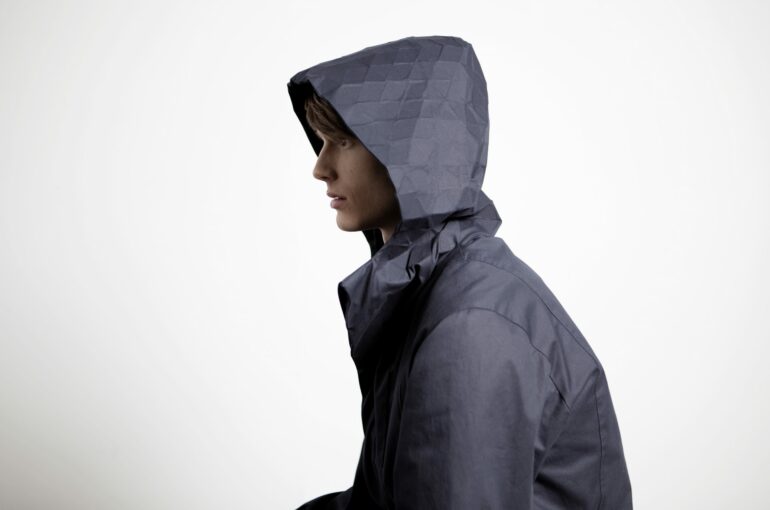 Past and current trends in FashionTech

Electronic textiles (e-textiles) combine the soft, flexible and drapable properties of textiles with electronic functionality and are mainly used in the areas of health, sports and workwear. Nowadays, however, there are only a few products with integrated electronics in fashion products. This article is intended to give a brief insight into the history of fashionable technologies (FashionTech) and to introduce the latest trends and developments in order to inspire more artists to integrate electronics in future textile and fashion design.

Since the 1960s, e-textiles have mainly been researched for space and the military. It wasn’t until the 1990s that teams of scientists, engineers and art-ists came together to share expertise, resources and creativity to develop the first smart and interactive clothing. Particularly noteworthy here is Mag-gie Orth, who worked at the MIT Media Lab and applied thermochromic coatings to electrically heated fabrics, thus producing color-changing inter-active textiles. At the same time, large companies and the EU have invested in research and innovation to promote the development of e-textiles, espe-cially for health applications, and for novel materials and technologies re-quired for (industrial) production. These projects also enabled the emer-gence of a new e-textile industry, the training of experts and the coopera-tion of stakeholders from the textile and electronics sectors who had previ-ously hardly worked with one another. Even today, the collaboration of ex-perts from various industries is beneficious, as is the case, for example, with the collaboration between Google ATAP and Levis for the Jacquard jeans jacket. Dutch electronics company Philips, who has also collaborated with Levis twenty years ago, has published its research on smart clothing already in 2000, and it is still recommended to take a look at this pioneering work. Other early FashionTech works can be found in the books by Andrew Bol-ton and Suzanne Lee. The artists presented there already anticipated the current trends in mobile communication, wearable sensors and the integra-tion of smart materials and displays in clothing.

FashionTech became known to a large audience through the shows of Hussein Chalayan in the mid-2000s. The well-known British designer worked with the engineer Moritz Waldemeyer and they developed six robot dresses that represented the changes in fashion of the last century through an electro-mechanical transformation of the garments. It was realized by servo-driven motors, pulleys and wires through hollow tubes sewn into the clothing. Chalayan’s next collection included lasers, Swarovski crystals, and servo-driven brass hinges that could move the lasers and transform clothing from static to living objects. Another tremendous boost for FashionTech came in the late 2000s due to the simultaneous availability of smartphones, with which the computing power could be switched from clothing to mobile phones, Bluetooth 4.0, with which data could be sent and received in an energy-saving way and the open-source electronic prototyping platforms such as Lilypad or Adafruit for the easy integration of electronics into textiles through interconnecting electronic modules by embroidering conductive yarns. The books by Sabine Seymour, Bradley Quinn, Rebecca Pailes-Friedman and Marina Toeters present a selection of the most innovative and futuristic concepts of the time.

The boom in interconnected e-textiles, which can interact with the environment, began in the decade of 2010. In connection with new available technologies (e.g. stretchable circuit boards or highly miniaturized electronics), more advanced and complex FashionTech concepts emerged, primarily equipped with sensors or actuators. One example is Max Schäth’s work “Outsourcing”. Here, textile-integrated microphones record and evaluate the exposure to ambient noise. With the perceived stress factor and the use of programmed smart wires, the hood is transformed into a protective cover to make the wearer’s emotions visible to the environment. Another example of emotionally motivated FashionTech is the work “Pneuma” by Synne Geirsdatter Frydenberg. The dress visualizes the wearer’s breathing patterns through subtle decorative light patterns and draws the user’s attention to breathing deeply and consciously. User movements have also been used to control lighting effects in several projects. Examples of this are three commercial developments with the support of the Fraunhofer IZM Stretchable Circuit Board technology that is based on thermoplastic films. This makes it easy to laminate the electronics onto textiles after production. The integration of light effects not only represents a fashionable design feature, as seen in the silk blouse from Moon Berlin, but can also ensure road safety, such as the Sporty Supaheroe jacket, which won the Red Dot Design Award in 2013. The stretchable electronics can also be applied directly to the skin like a patch, as demonstrated in the projects for the visualization of dancer’s movements by Anke Loh.

At the beginning of the 2020 decade, the focus is on two megatrends: smart and sustainable clothing and the digitization of fashion. Other topics are experiments on the use of new technologies such as 3-D printing on textiles, for example as encapsulation of the electronics, or active morphing clothing based on soft robotics concepts. Designer Anouk Wipprecht, who links both genres in her work, serves as an example here. Another exciting topic is the creation of patterns on textiles using processes known from electronics manufacturing. The Laserdye process by the Taiwanese artist Shih Wei Chieh serves as an example. A pre-coated photosentive layer on the fabric is exposed to a programmable laser light motion to create images onto the garment. As part of the 2nd Re-FREAM Call, FashionTech designers are invited to submit new concepts for future FashionTech products and to research the implementation together with scientists and technologists.