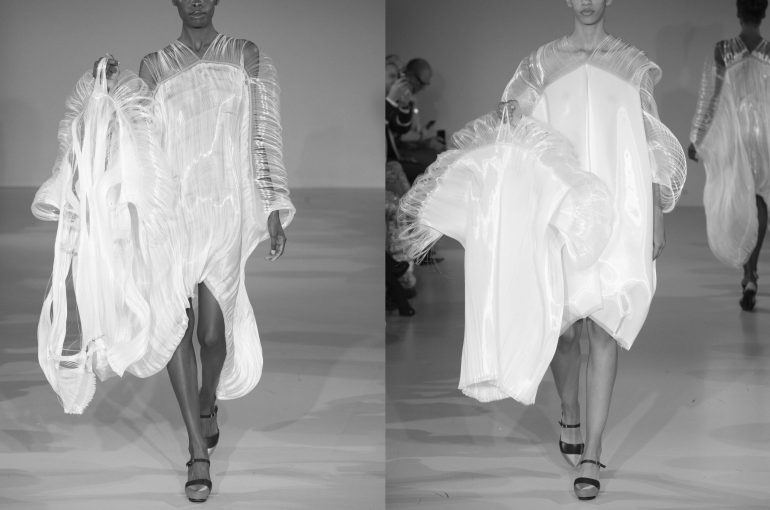 Dear reader,
Welcome to my project diary. My name is Jef Montes and I am a Dutch designer, founder and creative director of Studio Adaptive Skins. My background over the last 6 year has been in fashion design. In 2018 I decided to go in a new direction as a textile architect. With the idea and focus on future textiles, that create their own 3D tailoring within the body context. Nature is always the main inspiration within the identity of the textile architecture developments. Creating a new unorthodox production chain is the main concept. The vision is that nature has a leading role on the shaping process of the materials.

Marinero is the first project of Studio Adaptive Skins. Future perspectives are to develop within several stages throughout the coming years, with the goal of sustaining step by step. The focus of the project is to work within the fashion and textile industry. Working closely with scientists and technicians. Highlighting them with all their insights and feedback. Most of the steps made and people that I meet will be documented throughout the working process. It´s all about the human connection, collaborating and showing their expertise and knowledge. And how this will have a positive effect on the project and hopefully on a global scale. The interaction between designers, companies and all related people will allow the project to grow and reach its goals. Several updates will be posted on the blog. It allows the reader to get insight to important steps made towards the final research report. Underneath you will find the first updates.

With project Re-FREAM the co-creation aim will be to create new adaptive yarns. These yarns will be developed in collaboration with chemists and technicians. We will experiment on how these yarns can create their own shapes. The idea is to create 2D fabrics that will deform towards 3D shapes, by the use of rain. It is very important to think outside of the box and keep experimenting, until we find the right mechanism. Another challenge will be on how to find the balance between effect versus sustainable materials. Where do we draw the line on what is the most important? The concept of Marinero is the sea, so the materials found within the sea will be re-used to create the ”Adaptive Archi Filament” -> focusing on recycled sea-plastic versus sea-based materials (sea-weed) Main partners of the Adaptive Archi-Filament are: Wood K plus in Linz and Aitex in Alcoy.

The first steps of project Re-FREAM have been made. The first meeting was in September during Ars Electronica in Linz. This was a moment for everybody to get to know each other. The 10 lucky international designers explained their projects and made plans with the platform to define what they want to develop within the coming year. Studio Adaptive Skins specifically want to develop the yarns and filaments within project Re-FREAM. It is a great chance for designers to get more deeper inside the fashion industry. Being able to explore and collaborate in places that are normally not reachable or really difficult to get inside as an individual. Each designer will get specific places inside the EU to work on their projects.

Studio Adaptive Skins will work with HUBS Valencia and Linz. The second meeting that we had was in October to visit the Aitex company in Alcoy/Spain. The company presented a very interesting process on all the different things that they offer within the Aitex textile research institute. The photographs underneath demonstrate a fraction of the services that Aitex offers. It was amazing to see and hear on how they produce all their yarns and filaments. The team was very open to listen to the dreams that Studio Adaptive Skins has for project Marinero. Looking very much forward to work more with Aitex. The first idea is to create multi-filaments and yarns mixed with recycled sea plastic and algae.
Photo’s @ Aitex -> multi-filament production chain

On 07-11-2019 I visited the Vienna Textile Lab. The meeting was with professor Karin Fleck and her laboratory team. The demonstration showed a process on how to dye textile with bacteria. The Vienna Textile Lab team have a close connection with creative local artists who collect several bacteria in the Vienna forest area. In the lab they have a database where all the collected bacteria´s are analyzed and categorized. Some bacteria´s produce more brighter colours than others. For Studio Adaptive Skins some plans are scheduled to allow the bacteria´s to dye the garments in a non controlled way. It´s a natural and sustainable process. Studio will document this process to showcase the steps. Underneath you can find impressions of the Textile Lab in Vienna. Plus related inspirational photo documentations at MAK Museum design lab Vienna. Bacteria artwork from artist Sonja Bäumel and the ocean cleanup project. All related topics connected to Studio Adaptive Skins and project Marinero.

The initial idea was to 3D print the adaptive archi-filament with Haratech in Linz. During the third week of November it was clear that it could be possible to control the design of the filament in a 3D drawing, but not in a mm way of 3D printing. We decided to move on and 3D print the adaptive archi-filament to a larger size. During the co-creation we developed 3 versions of what the adaptive archi-filament could possibly look like. To simulate and prototype the core idea of the design. With the 3 tests the thinnest one broke after breaking away the support material. During this moment it became very clear that the way to follow up was to create a more conventional way of filament producing. The 2 remaining non broken filaments are used to showcase the show-model idea of the filament. The core of the design shows a moving spiral adaptive filament (3D printed with recycled ocean plastic) with a coating filler of silicon. Plans are set up to meet with a filament producing and research company Wood-K Plus in Linz. Also Aitex in Alcoi will work closely together with Studio Adaptive Skins on creating the archi-filament. The result of the 3D printing in this frame will only be used to produce show-models of the archi-filament.

The last week of November I worked together with Aitex Textile Research Institute Alcoy to develop the first tests of the adaptive-archi-filament. We agreed to first work on the understanding of all the filament producing machines, and after following up how we can use this technology to integrate with the adaptive archi-filament concept.

We succeeded to create a working technical yarn within the last few days during my stay in November. 3 different types of mechanical yarns were twisted and coated with PVA dip-coating. 2 variations were made of the Adaptive Archi-Filament. The thickest version showed the best absorbing quality. Underneath you can find the video demonstrating the effect.

Select the fields to be shown. Others will be hidden. Drag and drop to rearrange the order.
Compare
Wishlist 0
Open wishlist page Continue shopping